In response to the Chicago Architecture Biennial's Lakefront Kiosk Competition - a call for an inventive design of a new kiosk to be installed throughout Chicago's Lakefront - site design group, ltd. prepared the following proposal, entitled "Pebble."

Pebble takes its cues from the native lakeshore landscapes and natural processes that characterize the Lake Michigan shore. It is a subtle yet iconic symbol for Chicago’s lakefront parks, a symbol that speaks to the specifics of place and gains strength from its context. Pebble attempts to step beyond a static architecture and very intentionally changes and patinas with time, growing increasingly site-specific as it engages and influences its site.

Pebble’s visual interest derives from its tactile qualities, its nighttime appearance, and the manner in which its sensitive siting modifies its context. It extends program possibilities beyond the summer beach season by envisioning year-round activity. It accommodates all park users while leveraging the interaction between user and kiosk to reinforce the specificity inherent in the kiosk-site relationship. 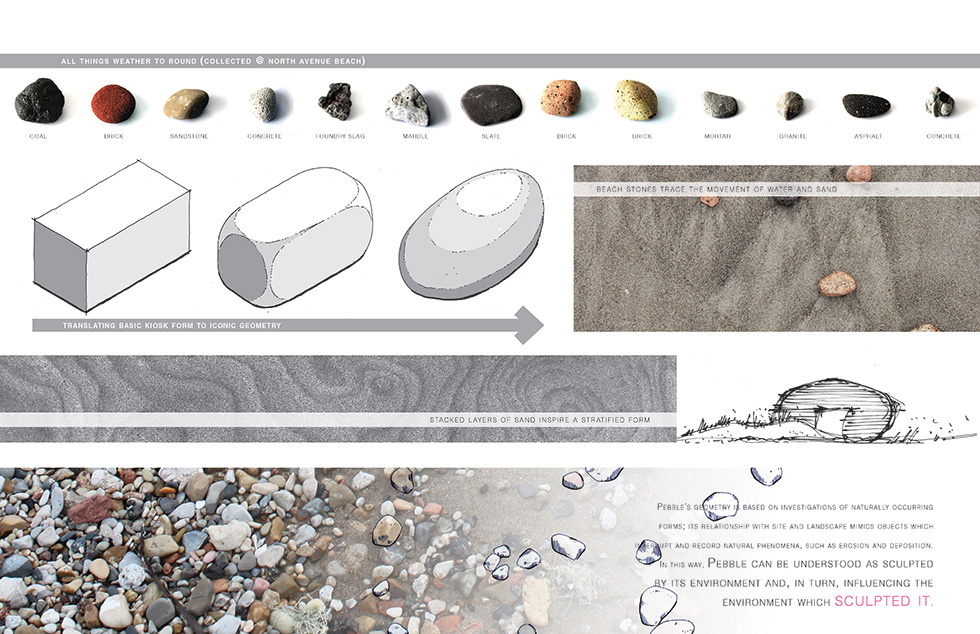 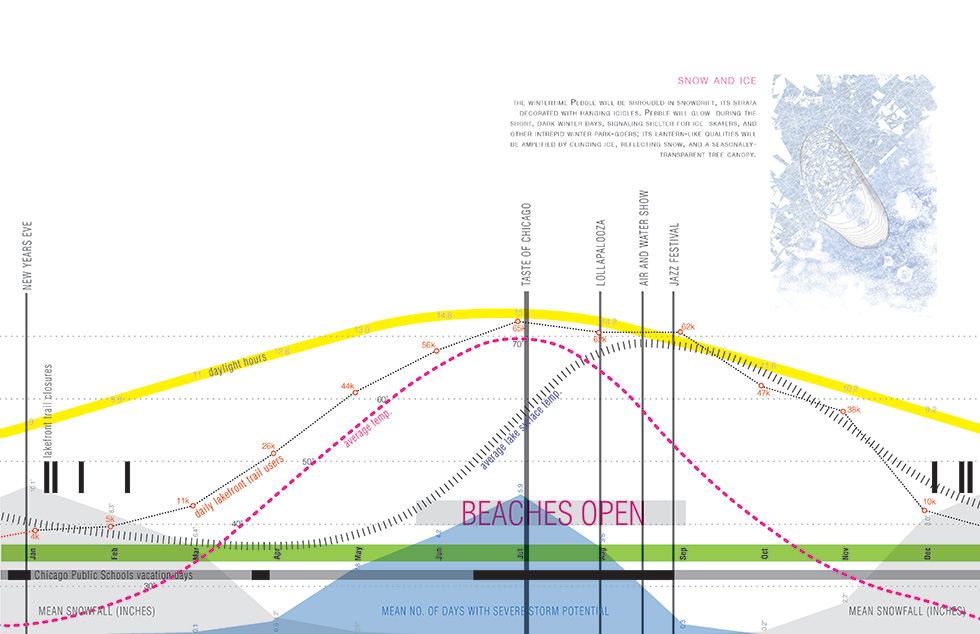 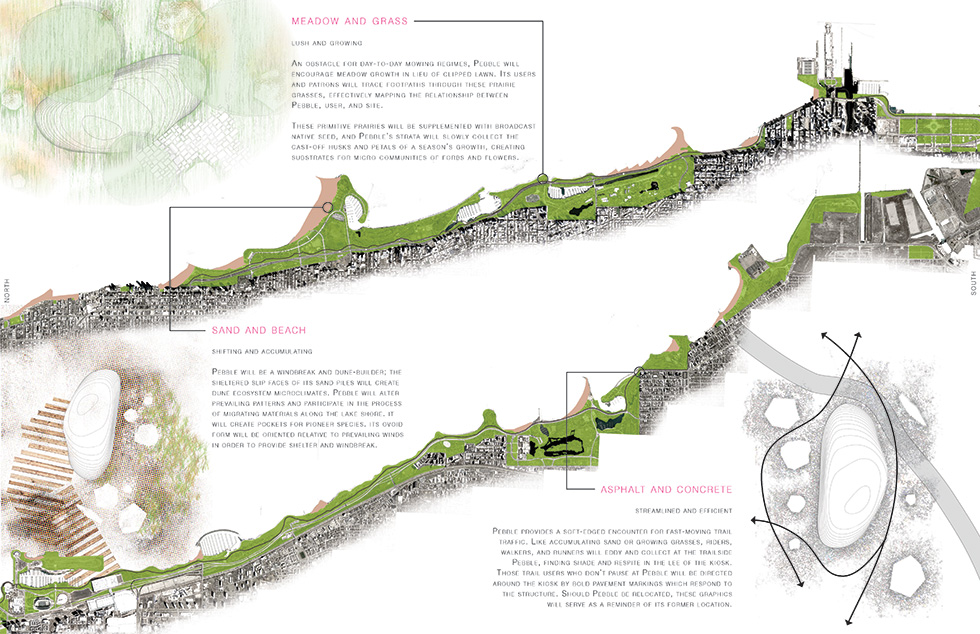 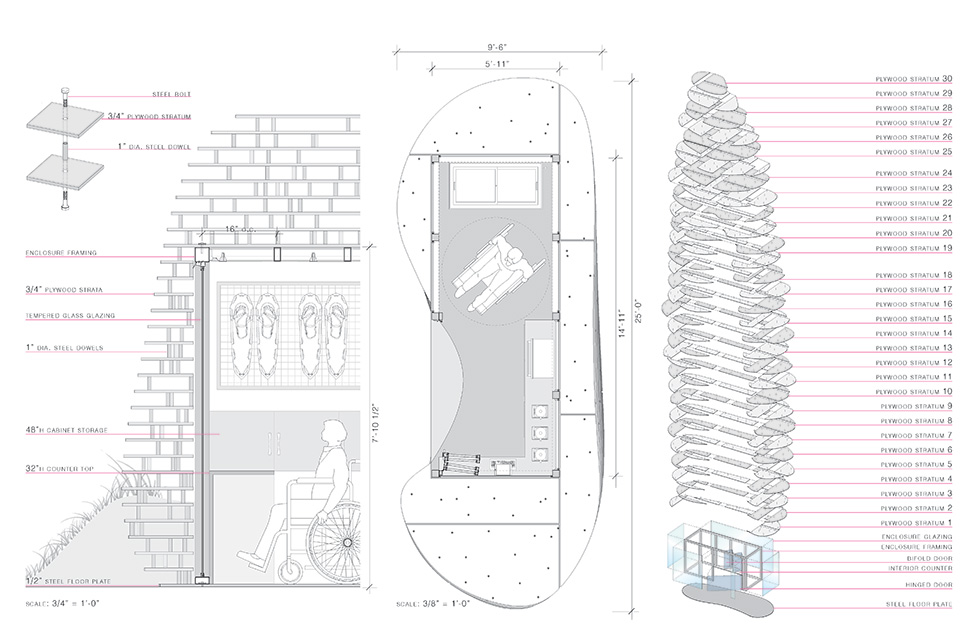 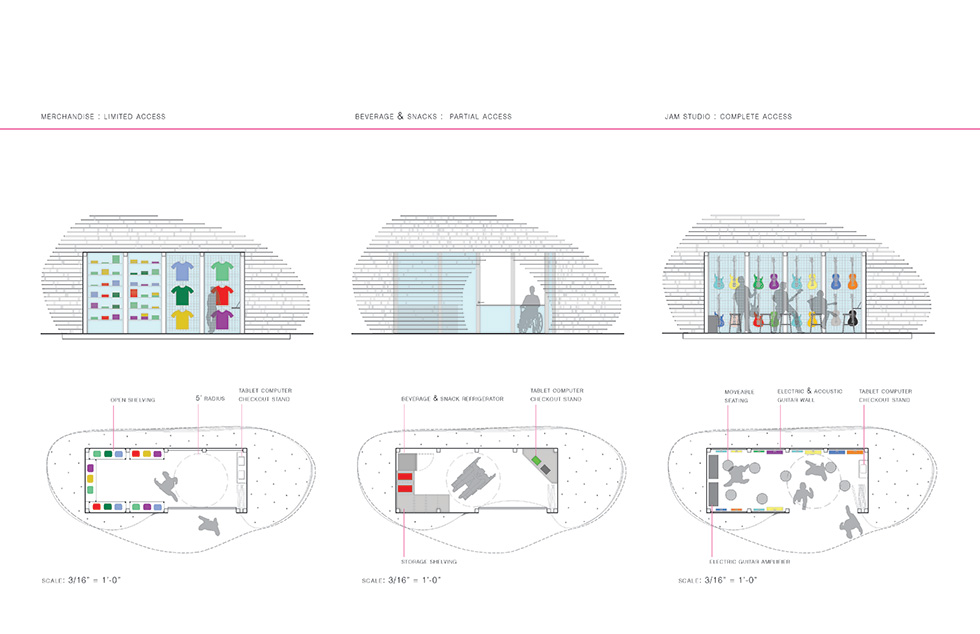 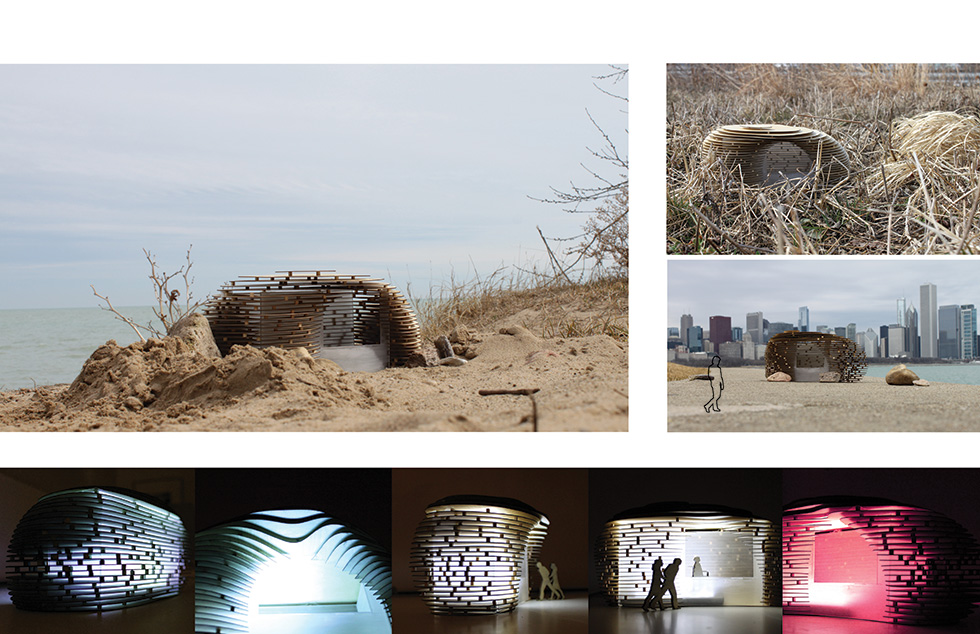 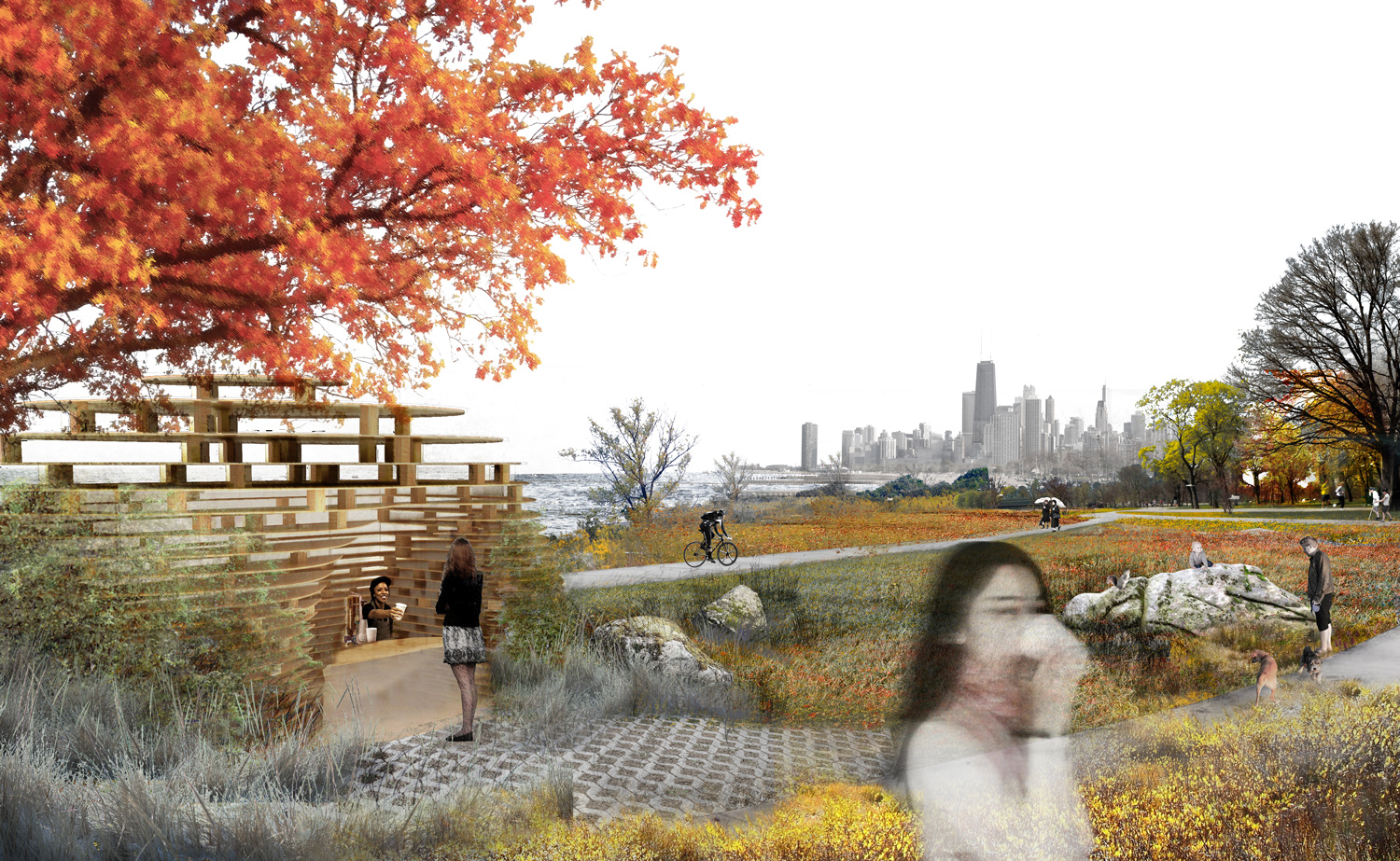 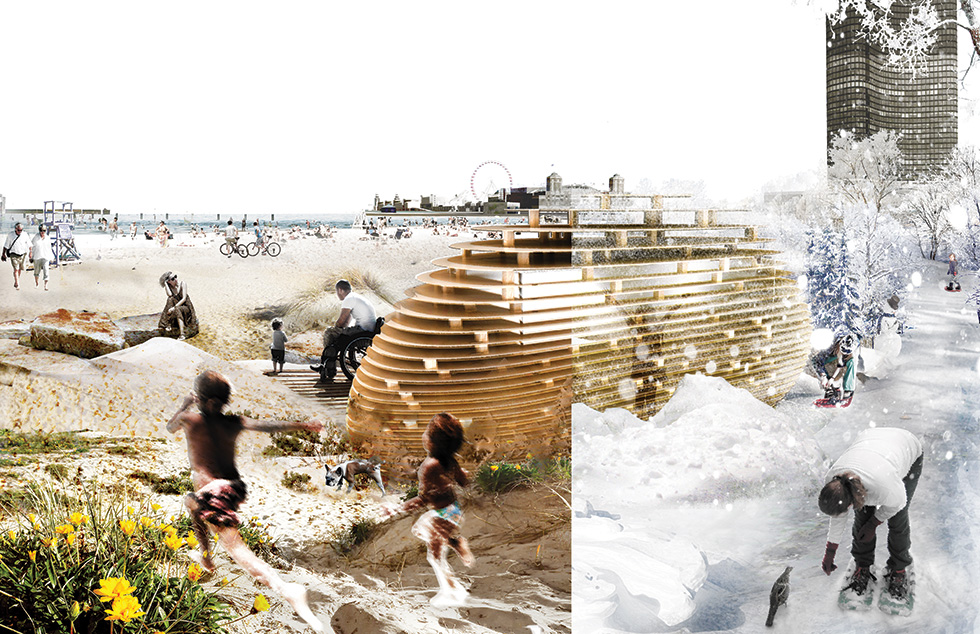